As I first began my personal inquiry this semester, I was particularly interested in decorating the different spaces on campus that are used by DLINQ interns, Wilson Media Lab in particular. I asked the question: “How might we use visual art to bring the identity of a department (DLINQ) into a space?” In the end, I decided to learn about Adobe Illustrator and poster design in the hope of helping others who want to explore this field in the future.

The first thing I learned in Adobe Illustrator was how to draw perfect Geometric shapes, which turned out to be very useful later in my inquiry. As you will see, I used a lot of triangles and circles while designing all my posters. One of the rules I followed was “less is more.” I found out that the simpler the design was, the more appealing it looked visually. 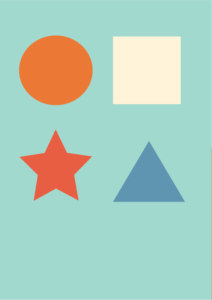 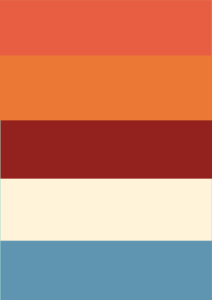 The second thing I learned was how to coordinate different colors to create strong visual effects. In general, warm colors work better together than cool ones. I started to try mixing together different shades of red and blues to see what I can come up with. I received a lot of inspiration from IKEA.

The third thing I learned was to create texts with different fonts. “DIN Condensed Gold” was my favorite. The combination of this font and these colors gives the posters the feeling of a book cover. I ended up creating most of my posters using this combination. 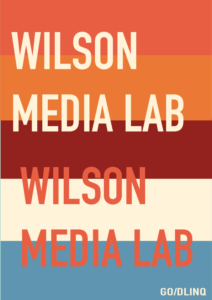 This is the first poster I made successfully. My other attempts did not look so good, so I will not be showing them here. My problem in the beginning was trying to add too many elements in one poster and using colors that do not fit each other very well. With this poster, I was trying to create a feeling of water drops or paint splashes. I changed the sizes of the bubbles and arranged them in different ways. I received some inspiration from Coca-cola’s advertisements. I also tried to create a contrast between the red colors and the blue ones. 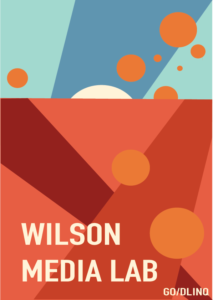 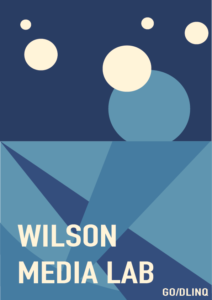 This is the second poster. I had a similar concept in my mind while designing it, but I decided to use a different set of colors to create the feeling of moonlight. When I am looking at this poster, the first image I have in my mind is a starry sky. It also reminds me of the posters of certain sci-fi movies & book.

This is the third poster. In this one, I amplified the sci-fi feeling in the second poster and outlined planets and asteroid belts. I also used a lot of cool colors to emphasize the sci-fi-ness. After I created this poster, I accidentally lost the drafts of several posters I had created on the school computers. It was a major setback for me. The reason remains a mystery to me since I have saved them all on the Cloud drive. However, I would recommend others to save their work on their own device as well if they are worried about losing their work on the school computers, as the school updates them regularly. 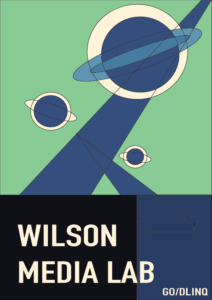 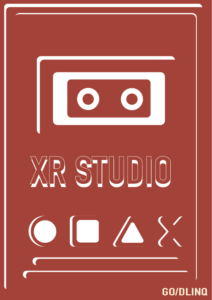 This is the last poster, in which I employed some new techniques I have learned. As you can see, I rounded the corners of all the geometric shapes so that they look more cartoonish. I got the idea of the circle, rectangle, triangle, and cross from the buttons on a game controller. I also layered circles and rectangles to create the head of a robot. The rectangles formed the head of the robot, whereas the circles formed its eyes. Another technique I used here was shadowing. For example, I copied the text and layered them so that they look more 3-dimensional.

In general, my experience with Adobe Illustrator was very good. I would recommend Illustrator to everyone who is interested in poster design. The most important rule I learned about digital design is “less is more.” Too many different elements can make the poster look too crowded, whereas a few compelling icons can easily draw the attention of the viewers. The juxtaposition of color is also very crucial. Personally, I used colors that look very “modern” and “futuristic” to fit the themes of my posters.